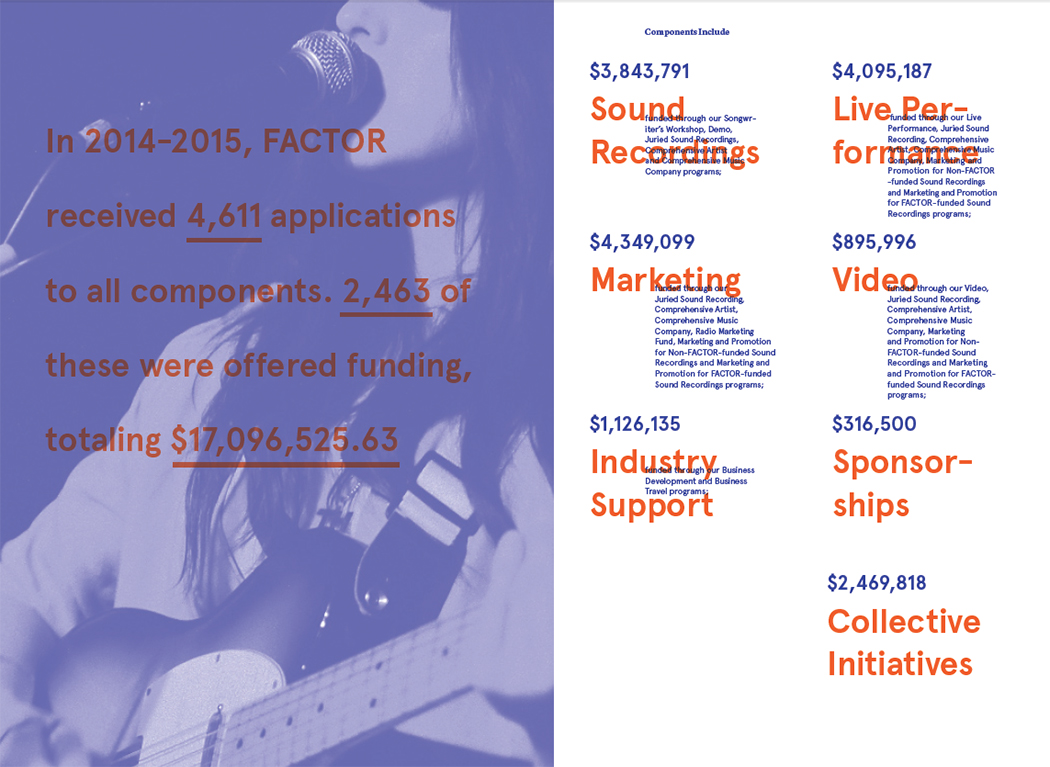 We’re proud to announce the publication of our 2014-2015 Annual Report. You can view it on our Annual Reports page.

Our 2 most popular programs are the Demo and Juried Sound Recording programs. Almost half of all the applications we received were for these programs.

We supported 685 tours and showcase appearances across Canada, the US, Asia, Australia, and Europe.

108 videos were funded by FACTOR.

We offered $2,469,818 to 84 Collective Initiatives projects in 9 different provinces this year. This included $1,366,600 of funding for industry events like Breakout West, the Polaris Prize, CMW, Pop Montréal, M for Montréal and Halifax Pop Explosion.

FACTOR staff met with clients at events across the country in 9 provinces, from the west coast to the east coast.